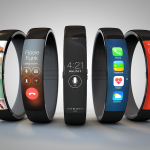 Apple’s work on an upcoming smartwatch includes explorations of induction charging and solar-powered batteries, according to a new report from the New York Times . As part of a larger piece about battery tech in general, the NYT revealed that Apple has been working on tests involving wireless induction charging for the smartwatch, and methods for incorporating solar panels into the display to draw power from the sun, and potentially ambient light. Both of these are noted as technology in the testing phase for a wrist-mounted Apple wearable, which means they’re not necessarily very far along and likely not on tap for an Apple iWatch should it arrive sometime within the next year. The solar charging in particular, for example, is said to be years away from making its way into shipping product, according to the NYT’s source. It does address a major pain point with current wearable tech, however, which might inform a hypothesis of what Apple is focusing on with any wrist-based smart device it is working on. We’ve heard from 9to5Mac that the iWatch will have a health and fitness focus , working with a new app that will come pre-installed on iOS 8 called “Healthbook.” Hardware details remain thin, but Apple did previously look into  motion-based kinetic charging , which also lends credence to rumors that it’s exploring a range of power options. Battery life for wearables is a huge concern, and the reason why is continued adoption: No end user is eager for the chance to have to remember to charge yet another device, of course, and the problem is made worse when, in forgetting to charge a wearable even once, they notice no overall impact to their lives. The double challenge then is to build a smartwatch that becomes integral to a user’s general routine, such that they’ll actively remember to charge it with the same frequency as their phone, and also to make it so that charging is a fairly infrequent requirement. Apple has managed to sell a lot of things to people who neither users nor critics ever would’ve predicted they’d “needed” to begin with, with the iPad being the big shining example. They can probably do the same for the smartwatch, and these reports of their progress in its development signal to me they’re innovating in the right areas. iWatch concept at feature image created by Todd Hamilton .

This 24-hour recording of idling engine noise from a Star Trek...