R3d M3rcury writes: So we’ve all heard about the brave new world of autonomous cars which will be at our beck-and-call. But how about an autonomous bike? The i-Bike (not to be confused with the iBike computer) is the winner of KPIT Sparkle 2016, the All India Science and Engineering Student Contest. It started off as a bicycle suitable for use by people with disabilities. If you could use a smartphone, you could ride a bike. But the developers realized that this could be part of a bike-sharing system. You could rent a bike at the train station, ride to work, and then have the bike automatically return to the train station for the next person. Of course, the obvious question is: Will the bike stop at stop signs? Read more of this story at Slashdot. 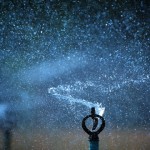 China Could Wash Away Smog With Artificial Rain Storms From Skyscrapers