An anonymous reader writes “Blender Foundation open movie projects like Sintel and Tears of Steel have been mentioned on Slashdot in the recent years. Now an old-timer, their open movie Big Buck Bunny from 2008, has been getting a make-over in a new release: The entire movie has been recreated in 3D stereo with a resolution of 4K (3840×2160) at 60fps. It took years to rework the movie because the original Big Buck Bunny was created for 2D. Most of the scenes had to be modified to work well in 3D stereo. Furthermore, the original movie was made for cinemas and was 24fps; a lot of changes to the animations had to be made to get the correct results. The creator of the reworked version explains about it on BlenderNation where he also talks about the fact that the entire movie was rendered via an online collaborative renderfarm, BURP, where volunteers provided spare CPU cycles to make it happen. If you want to see how your computer measures up to playing 4K content in 60 fps you can download the reworked movie from the official homepage — lower resolutions are also available.” Read more of this story at Slashdot. 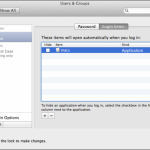