An anonymous reader writes Now that its file synchronization tool has received a few updates, BitTorrent is going on the offensive against cloud-based storage services by showing off just how fast BitTorrent Sync can be. More specifically, the company conducted a test that shows Sync destroys Google Drive, Microsoft’s OneDrive, and Dropbox. The company transferred a 1.36 GB MP4 video clip between two Apple MacBook Pros using two Apple Thunderbolt to Gigabit Ethernet Adapters, the Time.gov site as a real-time clock, and the Internet connection at its headquarters (1 Gbps up/down). The timer started when the file transfer was initiated and then stopped once the file was fully synced and downloaded onto the receiving machine. Sync performed 8x faster than Google Drive, 11x faster than OneDrive, and 16x faster than Dropbox. Read more of this story at Slashdot. 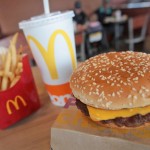 McDonald’s will satisfy your Big Mac craving with UberEats delivery 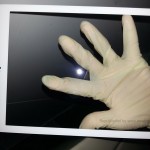 Is this the front of Apple’s next-generation iPad?