schwit1 shares a report from Aviation Today: A team of government, industry and academic officials successfully demonstrated that a commercial aircraft could be remotely hacked in a non-laboratory setting last year, a DHS official said Wednesday at the 2017 CyberSat Summit in Tysons Corner, Virginia. “We got the airplane on Sept. 19, 2016. Two days later, I was successful in accomplishing a remote, non-cooperative, penetration. [Which] means I didn’t have anybody touching the airplane, I didn’t have an insider threat. I stood off using typical stuff that could get through security and we were able to establish a presence on the systems of the aircraft.” Hickey said the details of the hack and the work his team are doing are classified, but said they accessed the aircraft’s systems through radio frequency communications, adding that, based on the RF configuration of most aircraft, “you can come to grips pretty quickly where we went” on the aircraft. Patching avionics subsystem on every aircraft when a vulnerability is discovered is cost prohibitive, Hickey said. The cost to change one line of code on a piece of avionics equipment is $1 million, and it takes a year to implement. For Southwest Airlines, whose fleet is based on Boeing’s 737, it would “bankrupt” them. Hickey said newer models of 737s and other aircraft, like Boeing’s 787 and the Airbus Group A350, have been designed with security in mind, but that legacy aircraft, which make up more than 90% of the commercial planes in the sky, don’t have these protections. Read more of this story at Slashdot. 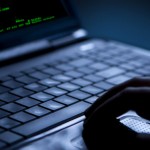 Webflow’s “first visual CMS” is like WordPress mixed with Photoshop