iONiUM writes: The Economist has a story about how bad the air quality is in Beijing. Due to public outcry the Chinese government has created almost 1, 000 air quality monitoring stations, and the findings aren’t good. They report: “Pollution is sky-high everywhere in China. Some 83% of Chinese are exposed to air that, in America, would be deemed by the Environmental Protection Agency either to be unhealthy or unhealthy for sensitive groups. Almost half the population of China experiences levels of PM2.5 that are above America’s highest threshold. That is even worse than the satellite data had suggested. Berkeley Earth’s scientific director, Richard Muller, says breathing Beijing’s air is the equivalent of smoking almost 40 cigarettes a day and calculates that air pollution causes 1.6m deaths a year in China, or 17% of the total. A previous estimate, based on a study of pollution in the Huai river basin (which lies between the Yellow and Yangzi rivers), put the toll at 1.2m deaths a year—still high.” Read more of this story at Slashdot.

Link:
Breathing Beijing’s Air Is the Equivalent of Smoking Almost 40 Cigarettes a Day 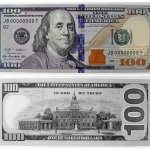