The space laboratory that China launched earlier this week has an atomic clock in it which is more accurate than the best timepiece operated by America’s National Institute of Standards and Technology, according to Chinese engineers. The atomic called, dubbed CACS or Cold Atomic Clock in Space, will slow down by only one second in a billion years. In comparison, the NIST’s F2 atomic clock, which serves as the United States’ primary time and frequency standard, loses a second every 300 million years. From an RT report:”It is the world’s first cold atomic clock to operate in space… it will have military and civilian applications, ” said Professor Xu Zhen from the Shanghai Institute of Optics and Fine Mechanics, who was involved in the CACS project. An atomic clock uses vibrations of atoms to measure time, which are very consistent as long as the atoms are held at constant temperature. In fact, since 1967 the definition of second has been “9, 192, 631, 770 vibrations of a cesium-133 atom.” In a cold atomic clock, the atoms are cooled down with a laser to decrease the effect of atom movement on the measurements. CACS goes even further and eliminates the pull of Earth’s gravity by being based in orbit. Read more of this story at Slashdot. 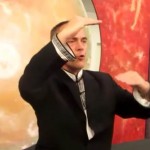