MojoKid writes: This week at GDC 2016 the team at Unity revealed their stable release of the Unity 5.3.4 game engine along with a beta of Unity 5.4. There are a number of upgrades included with Unity 5.4 including in-editor artist workflow improvements, VR rendering pipeline optimizations, improved multithreaded rendering, customizable particles which can use Light Probe Proxy Volumes (LPPV) to add more realistic lighting models and the ability to drop in textures from tools like Quixel DDo Painter. But for a jaw-dropping look at what’s possible with the Unity 5.4 engine, check out the short film “Adam” that Unity has developed to demo it. The film showcases all of Unity Engine 5.4’s effects and gives a great look at what to expect from Unity-based games coming in 2016. Unity will showcase the full film at Unite Europe 2016 in Amsterdam. But what’s most impressive about Adam perhaps is that Unity says that this is all being run in real-time at 1440p resolution on just an upper-midrange GeForce GTX 980 card. Read more of this story at Slashdot. 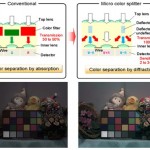 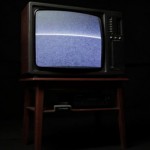 This Woman Secretly Dubbed American Movies During the Cold War