Millions of accounts associated with video sharing site Dailymotion, one of the biggest video platforms in the world, have been stolen. From a ZDNet report: A hacker extracted 85.2 million unique email addresses and usernames from the company’s systems, but about one-in-five accounts — roughly 18.3 million– had associated passwords, which were scrambled with the bcrypt hashing function, making the passwords difficult to crack. The hack is believed to have been carried out on October 20 by a hacker, whose identity isn’t known, according to LeakedSource, a breach notification service, which obtained the data. Dailymotion launched in 2005, and is currently the 113rd most visited website in the world, according to Alexa rankings. Read more of this story at Slashdot. 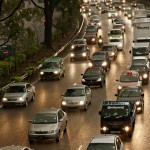