A Distributed Denial of Service (DDoS) attack halted heating distribution at least in two properties in the city of Lappeenranta, located in Eastern Finland. In both of these events, the attacks disabled the computers that were controlling heating in the buildings. An anonymous reader writes: Both of the buildings were managed by Valtia, the company which is in charge of managing the buildings overall operation and maintenance. According to Valtia CEO, Simo Ruonela, in both cases the systems that controlled the central heating and warm water circulation were disabled. In the city of Lappeenranta, there were at least two buildings whose systems were knocked down by the network attack. According to Rounela, the attack in Eastern Finland lasted from late October to Thursday — the 3rd of November. The systems that were attacked tried to respond to the attack by rebooting the main control circuit. This was repeated over and over so that heating was never working. Read more of this story at Slashdot. 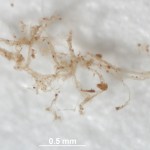