Enlarge / The announcement of the Creators Update in October 2016. The Windows 10 Creators Update, due some time in the next couple of months, enables differential updates as part of what Microsoft calls the Unified Update Platform. These updates only contain the changes between one major Windows update and the next, which should make for smaller, faster downloads. Windows Insiders have been receiving these new differential updates since early December, and Microsoft has reported on the effectiveness of the new scheme. Compared to a “canonical” update (which includes full files rather than just the changed portions), the savings are substantial: the median differential download size of build 15025 was 910MB. The media canonical size of build 15031 was 2.56GB. 910MB is quite a bit smaller than 2.56GB. (credit: Microsoft ) This is particularly attractive to members of the Insider program because each new build is delivered as a major update that performs a full in-place Windows 10 install. To take advantage of the differential updates, you’ll have to make sure to never skip any releases; if you’re updating an older build to the very latest, a full download is required. This represents a trade-off on Microsoft’s part: The company doesn’t want to have to maintain a differential update between any and every pair of builds. Read 3 remaining paragraphs | Comments

Visit site:
Delta Windows Updates shrinks downloads 65% for Insiders, 35% for everyone else 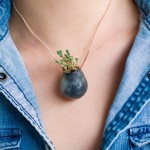