HughPickens.com writes Nick Wingfield reports at the NYT that for the last couple of years, the companies building virtual reality headsets have begged the public for patience as they strive to create virtual environments that don’t make people physically sick. “We’re going to hang ourselves out there and be judged, ” says John Carmack, chief technology officer of Oculus, describing what he calls a “nightmare scenario” that has worried him and other Oculus executives. “People like the demo, they take it home, and they start throwing up, ” says Carmack. “The fear is if a really bad V.R. product comes out, it could send the industry back to the ’90s.” In that era, virtual reality headsets flopped, disappointing investors and consumers. “It left a huge, smoking crater in the landscape, ” says Carmack, who is considered an important game designer for his work on Doom and Quake. “We’ve had people afraid to touch V.R. for 20 years.” This time around, the backing for virtual reality is of a different magnitude. Facebook paid $2 billion last year to acquire Oculus. Microsoft is developing its own headset, HoloLens, that mixes elements of virtual reality with augmented reality, a different medium that overlays virtual images on a view of the real world. Google has invested more than $500 million in Magic Leap, a company developing an augmented reality headset. “The challenge is there is so much expectation and anticipation that that could fall away quite quickly if you don’t get the type of traction you had hoped, ” says Neil Young. (More, below.) Read more of this story at Slashdot. 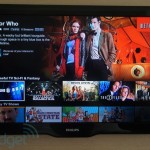 How “Game Mode” will make games run better on Windows