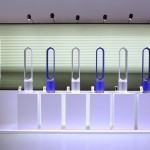 It’s been a little over a year since Dyson launched its first connected air purifier, the Pure Cool Link , and to celebrate this occasion, the company is about to update its entire line of air purifiers with improvements aimed at the Chinese market. Well, what’s going to be different is really just the replaceable cylindrical glass HEPA filter: the new version’s inner layer will pack three times more specially treated graphite crystals than before, which helps remove more gaseous pollutants (and odors) in addition to the usual particulates as small as PM 0.1. This graphite upgrade is the result of Dyson’s study of used filters collected from over 200 Chinese homes, from which it discovered that harmful gaseous pollutants such as formaldehyde, benzene, naphthalene and non-burnt gases have a higher presence than other markets. Better yet, this new filter comes in the same shape and volume as before, and Dyson has confirmed that it is backwards compatible, so existing Pure users won’t feel left out. To ensure all corners of the room are covered, each Pure machine can pump out over 200 liters of smooth air per second — so much that it can blow large bubbles over a distance of five meters, as demonstrated at the event in Beijing. As with the current Pure line, Dyson will continue to offer both connected and offline models for its heaters and fans to cover more price tiers. The connected ones will still pack a set of sensors for monitoring temperature, humidity, volatile organic compounds and dust, so that it can feed live data back to the app as well as toggling its auto mode, but these are now powered by an optimized algorithm based on data collected from around the world over the year. China will start selling the refreshed Pure machines from May 4th, and we’ll be keeping an out for other regional launch dates later on. 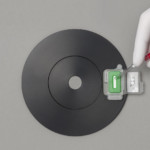