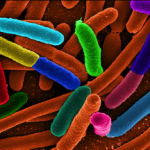 Synthetic biology researchers at MIT are creating simple analog computers in living cells, complete with fluorescent “displays.” Rahul Sarpeshkar and Timothy K. Lu engineered genetic circuits in E. coli so that the bacteria glows with a brightness determined by the amount of certain chemicals surrounding it. From Science News: By making bacteria glow more or less brightly depending on the number of different chemicals around, the new circuit can compute answers to math problems, Lu’s team reports May 15 in Nature. To add 1 plus 1, for example, the circuit would detect two chemicals and crank up the bacteria’s glow to “2.” ” Analog circuits boost power in living computers ” (Science News) ” Cell-Based Computing Goes Analog ” (The Scientist) ” Synthetic analog computation in living cells ” (Nature)

Follow this link:
E. coli engineered into an analog computer 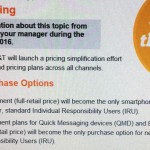