The Equal Rights Center is suing Uber, alleging that the company has chosen not to include wheelchair-accessible cars as an option in its standard UberX fleet of vehicles, and excludes people who use wheelchairs in Washington, D.C. According to the lawsuit, Uber is in violation of Title 3 of the Americans with Disabilities Act and the D.C. Human Rights Act. TechCrunch reports: After conducting its own investigation of Uber’s services for people in wheelchairs, the ERC found that passengers had to wait an average of eight times longer for an accessible car to arrive. They also had to pay twice as much in fares, according to the ERC’s study. Ultimately, the ERC wants Uber to integrate wheelchair accessible cars into its UberX fleet so that people who use wheelchairs don’t have to wait longer and pay more to use the car service. Uber said in a statement provided to TechCrunch: “We take this issue seriously and are committed to continued work with the District, our partners, and stakeholders toward expanding transportation options and freedom of movement for all residents throughout the region.” Read more of this story at Slashdot. 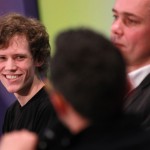 4chan sells to the founder of the site that inspired it 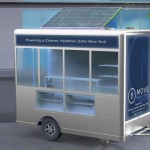