An artist’s rendering of what Gaia will look like when deployed in space. ESA After its successful launch in December, the European Space Agency’s (ESA) Gaia has now taken up its position in orbit and is ready to survey the skies. With the help of two onboard telescopes focused onto the largest-ever camera sent to space, the space observatory is expected to catalog nearly one billion stars throughout its 5-year mission. ESA’s Gaia will map stars in the Milky Way. It will do this by measuring the brightest billion objects and determining their three-dimensional distribution and velocities. It also has the ability to measure the temperature, mass, and chemical composition of each of the objects. The brightest objects won’t necessarily need to be very bright in order to be included in the catalog. Gaia will be able to discern objects up to 400,000 times dimmer than those visible to the naked eye. And the positional accuracy of its measurements are akin to measuring the width of a human hair at a distance of 500 km. Read 9 remaining paragraphs | Comments 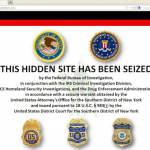