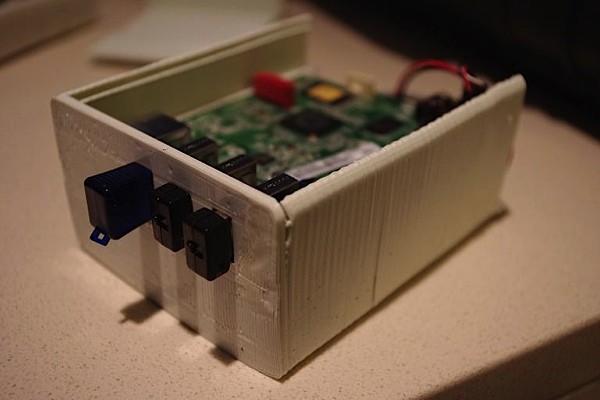 What happens when you take a PogoPlug, add 8GB of flash storage, some radios (WiFi, GPS) and perhaps a few sensors, then stuff everything in a 3D-printed box? You get the F-BOMB (Falling or Ballistically-launched Object that Makes Backdoors), a battery-powered surveillance computer that costs less than $50 to put together using off-the-shelf parts. The 4 x 3.5 x 1-inch device, created by security researcher Brendan O’Connor and funded by DARPA‘s Cyber Fast Track program, is cheap enough for single-use scenarios where costly traditional hardware is impractical. It can be dropped from an AR Drone, tossed over a fence, plugged into a wall socket or even hidden inside a CO detector. Once in place, the homebrew Linux-based system can be used to gather data and hop onto wireless networks using WiFi-cracking software. Sneaky. Paranoid yet? Click on the source link below for more info.

F-BOMB $50 surveillance computer hides in your CO detector, cracks your WiFi originally appeared on Engadget on Sat, 28 Jan 2012 08:07:00 EDT. Please see our terms for use of feeds.