Last week’s big announcement of the long-anticipated Fallout 4 included confirmation of Xbox One, PS4, and PC versions of the game. But there was no official word on any versions for the tens of millions of gamers who still use an Xbox 360 or PS3. Now, Bethesda has confirmed that those gamers will need to upgrade their hardware if they want to revisit the wasteland. “[ Fallout 4 ] is not coming to 360 and PS3,” community manager Matt Grandstaff said in a NeoGAF thread about the game. “The stuff we’re doing will never work there.” That’s good news from a technical standpoint—the development team won’t have to hold back the game’s design to make it run on aging hardware—but bad news for those who have yet to buy a new console. Fallout 4 is part of a small wave of major franchises ignoring older consoles in upcoming releases. Activision’s Call of Duty: Black Ops 3 will be on “Xbox One, PS4 and PC. That’s it,” Treyarch studio head Mark Lamia told Eurogamer . Street Fighter V will be coming to PlayStation 4 and PC but not the aging PS3. And then there are first-party titles like Halo 5 , Forza Motorosport 6 , Uncharted 4 , and Ratchet & Clank that will be eschewing older consoles this time around. Read 1 remaining paragraphs | Comments

View the original here:
Fallout 4 won’t be coming to Xbox 360 or PS3 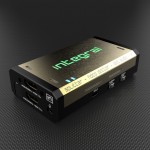