I recently posted an article about discontinued snack foods, and many of our readers pointed out that some of the foods were still available in other countries. As it turns out, fast food companies operate in a similar manner, offering local favorites to other countries that they would never consider selling in America. Here are a few American fast food establishments and the dishes they don’t offer in America.

In Canada, poutine, fries covered in cheese curds and gravy, is offered at almost every fast food restaurant, but BK offers their own varieties that fit in with the rest of their food –most notably, the Angry Poutine with fried onions and peppers on top.

In Puerto Rico, mallorcas, sweet pastry buns, are a popular breakfast treat and Burger King takes full advantage of the popularity of these buns by offering the King Mallorca, filled with ham, eggs and three different cheeses. If you want something even more filling, you might want to try their Enormous Omelet, which isn’t an omelet at all, but actually one of the restaurant’s long hamburger buns filled with a hamburger patty, two eggs, bacon and cheese. Later in the day, you can always snack on some King Wings, which are buffalo wings marinated in honey –why aren’t these sold in America yet? 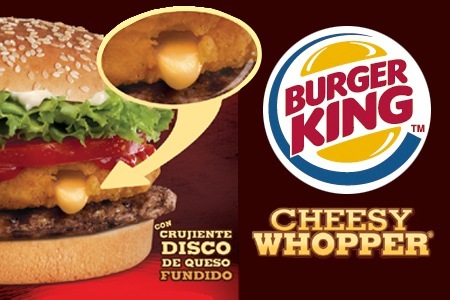 In many countries, including the Dominican Republic, Costa Rica, Columbia and Mexico, you can enjoy the deliciously fatty Cheesy Whopper, which features a deep fried disc of cheese on top of a standard Whopper.

Personally, I want to try the Hawaiian BK Chicken available in New Zealand, which is like all the other chicken sandwiches Burger King sells, only it features bacon and pineapple. Sign me up! 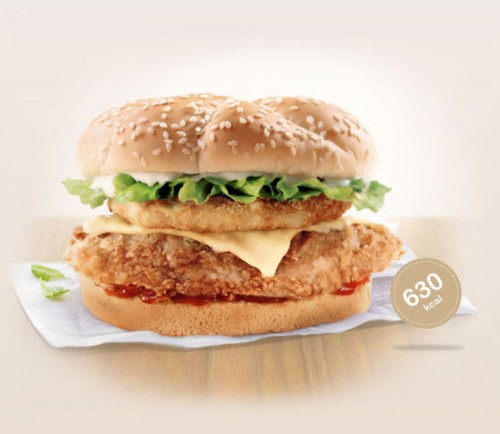 The variety of KFC’s international menus is simply astounding, as the American version exclusively limits itself to fried chicken and a few sides, while the international franchises seem to have no limits on what they serve. On the more standard side, there is the Fillet Tower Burger, which is available throughout Europe and other locations, which is essentially just a chicken sandwich topped with a hashbrown. On the other end of the spectrum is the menu from Thailand, which features stir fries, a tuna and corn salad, fish fingers (like chicken fingers, but fish) and a donut filled with shrimp meat. China offers a similarly strange menu compared to the standard KFC fare, as it includes corn salad, beef wraps, red bean porridge, shrimp burgers and an egg and vegetable soup.

Some of the desserts featured in other countries sound downright delicious, particularly those available in France. Some French KFC dessert selections include a banana and passion fruit tart, panna cotta with raspberry sauce and tiramisu. 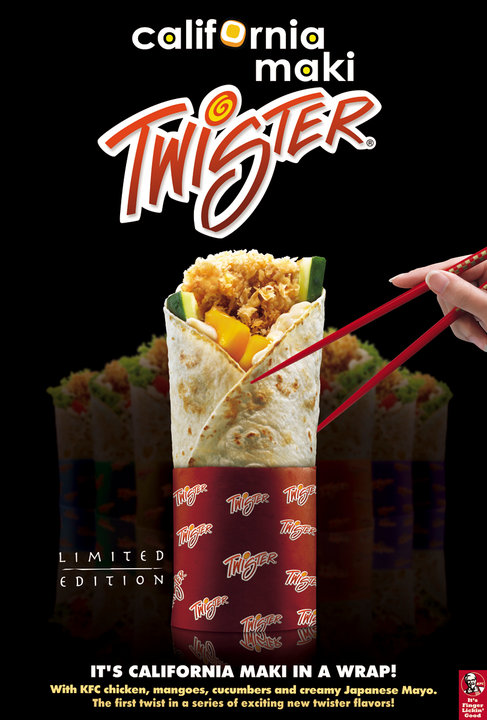 As for unique dishes, the Cali Maki Twister, available in the Philippines sounds good but weird. It is a chicken wrap with mangos, cucumber and spicy mayo. Japan’s shrimp bisque pot pie also sounds pretty tasty, although the picture looks a little strange. 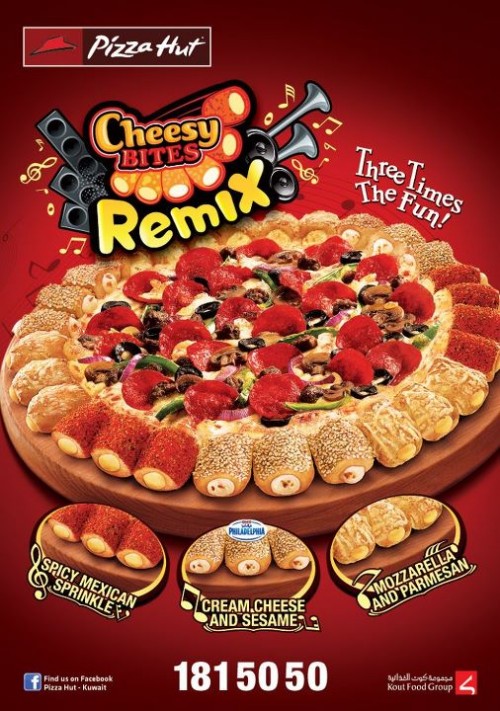 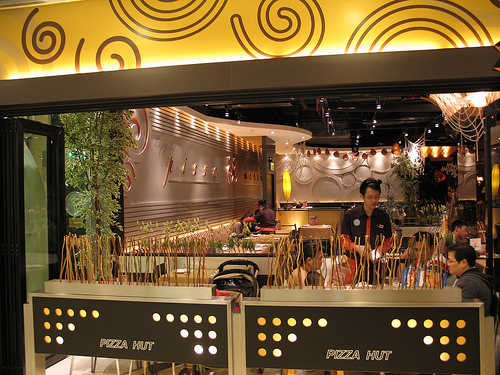 If you really want to see some different menu items at a Pizza Hut though, head to Hong Kong, where the menu reads more like a five-star restaurant than a crummy American pizza chain. A few highlights: escargot with mashed potatoes, lobster soup with puffed pastry, paella, squid in risotto with shrimp in a lobster sauce and crème brule. It would sound great if the sign on the restaurant didn’t still read “Pizza Hut.” 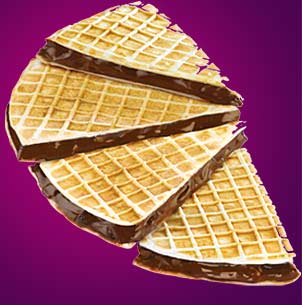 Taco Bell’s international menus are perhaps the most similar to the American version, with a few exceptions. Most notably, in Spain you can order tater tot nachos with sour cream (yummy), and a Chocodilla, which is exactly what it sounds like –a chocolate quesadilla. Also, in India, many of the traditional Taco Bell items can be served with potato in place of meat. 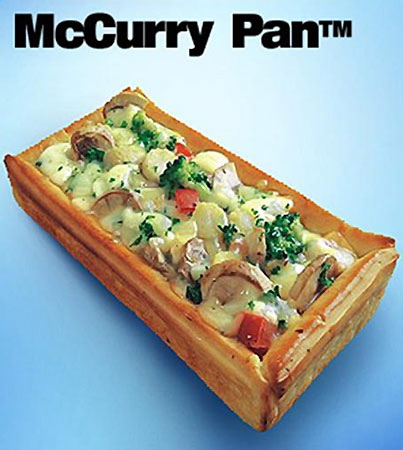 While McDonald’s is certainly the largest fast food restaurant in the world, I did neglect to include them in this list only because I already wrote about many of their international treats in this McFacts About McDonald’s article. Just in cast you’re feeling too lazy to click over though, here is a highlight:

Most Indian menus are largely different than those in America, as pig and cow products are not served outside of Southern India. The chicken and fish are also prepared in separate areas because or strict religious laws regarding the preparation of food for vegetarians. One of the area’s specialties is the Maharaja Mac, which was originally made with lamb meat but now is made with chicken. They also serve a dish called the McCurry pan, which consists of a bowl made from flakey dough filled with chicken in a tomato-curry sauce.

Naturally, there are plenty more international fast food menu options, but we’d be here for weeks if I actually described them all. If you do happen to live outside the U.S. and know of a local offering from a major chain restaurant, feel free to talk about them in the comments. Similarly, if you’ve tried any of the snacks included here, tell us what you thought about them.

View article:
Fast Food Flavors You Won’t Find In The US