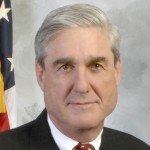 Robert Mueller, FBI Director, says Keith and John are his BFFs. FBI FBI Director Robert S. Mueller, CIA Director John Brennan, and National Security Agency (NSA) Director Gen. Keith Alexander shared the stage on August 8 at the International Conference on Cyber Security  (ICCS), an event cohosted by the FBI and Fordham University in New York. The three spoke on a panel about the future of cybersecurity. Mueller spoke about the Lulzec case and how the FBI caught Hector “Sabu” Monsegur , along with how it will deal with increasingly sophisticated hackers and cybercriminals. Key to the bureau’s success, he said, was “focusing on the individuals behind the keyboards”—with the help of the NSA, CIA, and private industry. “I do believe that in the future, the cyber threat will equal or even eclipse the terrorist threat, ” Mueller said in his opening remarks. “And just as partnerships have enabled us to address the terrorist threat, partnerships will enable us to address the cyber threat. But the array of partners critical to defeating the cyber threat is different. In this case, the private sector is the essential partner.” Getting into hackers’ heads “In the years to come, we will encounter new intrusion methods, hacking techniques, and other unpleasant surprises, ” Mueller said in his prepared remarks for the panel. “And in response, our nation will continue to develop—as we must—the technical skills and tools to prevent these intrusions and limit their damage.” Read 8 remaining paragraphs | Comments

Read this article:
FBI director calls on private sector to man up, help with cyber threat 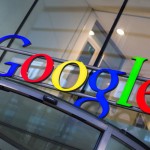 Out With the Red-Light Cameras, In With the Speeding Cameras