sciencehabit quotes a report from Science Magazine: A decade ago, a fossil hunter was combing the beach in southeastern England when he found a strange, brown pebble. The surface of it caught his eye: It was smooth and strangely undulating, and also slightly crinkly in some places. That oddly textured pebble, scientists report today, is actually an endocast — an impression preserved in the rock — that represents the first known evidence of fossilized brain tissue of a dinosaur (likely a close relative of Iguanodon, a large, herbivorous type of dinosaur that lived about 133 million years ago). Human brains and bird brains are packed tightly into the brain case, so that their convolutions leave an impression of the inside of the case. But dinosaur (and reptile) brains are more loosely fitted; they are surrounded within the brain case by membranes called meninges, tough sheaths that protect and support the brain. So an endocast of a dinosaur brain might be expected to show those structures — and it did. But beneath them, remineralized in calcium phosphate, the researchers also spied a pattern of tiny capillaries and other cortical tissues — the sort of fabric you’d expect for the cortex of a brain. That those textures were pressed up against the brain case doesn’t necessarily mean that dinosaurs were bigger-brained and smarter than we thought, however: Instead, the dinosaur had likely simply toppled over and been preserved upside down, its brain tissue preserved by surrounding acidic, low-oxygen waters that pickled and hardened the membranes and tissues, providing a template for mineralization. The structure of the brain, studied with scanning electron microscopes, reveal similarities to both birds and crocodiles. The researchers reported their findings in a Special Publication of the Geological Society of London. Read more of this story at Slashdot. 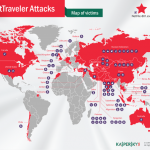 Espionage malware infects raft of governments, industries around the world 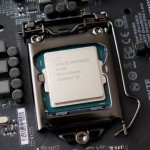