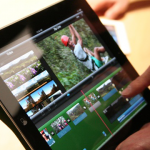 Five-year-olds know as well as adults do: iPads are fun to play with. Parents who regularly hand their iDevices over to their children, take note: you can still be burned by kids making in-app purchases. The  BBC published a story on Friday highlighting a five-year-old’s impressive feat in running up a £1,700 iTunes bill—about $2,500—after his father entered a passcode to allow him to download a “free” game from the App Store. The details of the situation reveal a series of unfortunate events that led to the truly epic tab, though Apple has since refunded the money. There are a few things the Kitchens could have done better when their son, Danny, began using an iPad to play games. The article doesn’t specify whether Danny’s father entered a passcode for the device, for the App Store, or within the app itself, but the last scenario listed seems most likely. Entering a password to download apps in the App Store used to mean the user could begin charging in-app purchases without re-entering that password for 15 minutes as the default iOS behavior. Apple made that more difficult with iOS 4.3 in early 2011 by requiring the App Store password a second time when in-app purchases are made. Assuming the family’s iPad was running a more recent version of iOS, it sounds like Danny’s father entered his password when Danny began to make purchases, not realizing what he was authorizing. Read 4 remaining paragraphs | Comments

TSA Asks Head of Security to Turn in His Badge and...