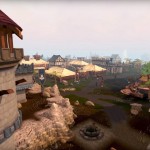 When he was a boy, growing up in Nottingham, England, Andrew Gower couldn’t afford to buy all of the video games he wanted to play. Rather than mope, he rallied. A wunderkind programmer, Gower created his own versions of the most popular games, pieced together from clues printed in text and image in the pages of video game magazines. Gower’s take on Lemmings— the 1991 Amiga game that was developed by DMA Design six years before the studio made Grand Theft Auto— was his masterwork. “I was proud of that game,” he says. “It was the first [computer game] I’d made that didn’t look like it had been put together by a kid.” Gower would grow up to become, along with his brothers Paul and Ian, the co-founders of Jagex Games Studio and creators of its flagship title  RuneScape.  It’s one of the longest-running massively-multiplayer online games (MMOG), in which players quest together across the Internet in a fantasy world that, like Facebook, continues to rumble and function even when an individual logs off. Launched in 2001, the earliest version of the game looked rather like a fantasy-themed version of The Sims . Characters were viewed from a divine camera, looking down on the action from an isometric perspective. RuneScape takes place in the world of Gielinor, where gods roam among men. The game eschews a linear storyline, allowing players to set their own goals and objectives. Now in its third iteration (the basic game was superseded by a new version in both 2004 and 2013, each of which upgraded its graphics and overhauled the underlying code base), RuneScape has reached an enviable milestone in the fickle world of MMOs: 15 years old. Read 15 remaining paragraphs | Comments

Read More:
From MUD to MMOG: The making of RuneScape 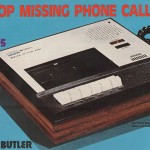 For months, 911 callers got automated message that said “hang up...