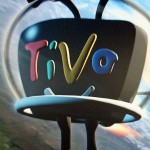 (credit: cncphotos ) Entertainment company Rovi announced that it has officially acquired DVR maker TiVo in a deal worth $1.1 billion. Rovi will pay for the deal mostly in stock at $10.70 per share, with approximately $277 million to be paid in cash at $2.75 per share. Rovi’s CEO Tom Carson will continue to run the company, although it will now assume the “iconic TiVo brand” as its name. The deal seems to be centered on patents. According to The New York Times , Rovi’s interactive TV program guides account for less than half of its $526 million revenue last year, while the rest is made up of its licensed intellectual property. TiVo made a name for itself with its DVR technology, but the patents that make its DVR hardware and software work are proving to be more valuable. Together, Rovi and TiVo have over 6,000 patents issued and pending in the digital entertainment space. “Rovi’s acquisition of TiVo, with its innovative products, talented team, and substantial intellectual property portfolio, strengthens Rovi’s position as a global leader in media discovery, metadata, analytics, and IP licensing,” Carson said in a statement . “It’s an exciting time as the media and entertainment landscape undergoes a significant evolution…. By working together, Rovi and TiVo will revolutionize how consumers experience media and entertainment and at the same time build value for our stockholders.” Read 1 remaining paragraphs | Comments