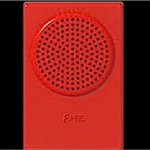 At our sponsor Intel’s LifeScoop site, I posted about ” Music That Writes Itself “: In ambient music pioneer Brian Eno’s 1996 book A Year with Swollen Appendices, the composer wrote, “I really think it is possible that our grandchildren will look at us in wonder and say: ‘you mean you used to listen to exactly the same thing over and over again?’” Eno was talking about generative music, a process by which a computer creates unique works from fixed parameters set by the artist. In its simplest form, you twist a few knobs (virtual or otherwise) and the computer takes it from there, creating music that can be credited to the system itself. The term generative art is most likely derived from “generative grammar,” a linguistic theory Noam Chomsky first proposed in his book Syntactic Structures (1965) to refer to deep-seated rules that describe any language. Steven Holtzman, author of Digital Mosaics (1997), traces the art form to the dawn of the information age in the 1960s, when musicians like Gottfried Michael Koenig and Iannis Xenakis pioneered computer composition. Decades later, a number of generative music apps are bringing Eno’s vision to our smartphones. ” Music That Writes Itself ”

These Huge Roman Mosaics Were Hidden Under City Streets For 1,700...