GoDaddy has announced “an open set of APIs for DNS providers and web service providers, ” called Domain Connect. An anonymous Slashdot reader writes: “Once enabled, customers can quickly configure their domain to point to the web service of their choice with push button simplicity, ” according to the announcement, “streamlining and simplifying the process of connecting websites and domain names registered on different platforms.” GoDaddy’s submitted it for consideration as an IETF standard, where they have the support of Microsoft and Squarespace, as well as the other two largest registries, eNome and Name.com. But in the meantime, they told ProgrammableWeb, the specificaion is “out there in the public, open for feedback and adjustment.” “GoDaddy is seeking to take all the friction out of the process, ” the site reports, “by offering service providers like Squarepace, Wix, Google, Microsoft, WordPress and others a registrar-agnostic API that they can use to programmatically configure all the necessary DNS entries… in lieu of making end users laboriously crawl through a bunch of forms and then praying that they’ve done it all correctly.” Different access levels will be available based on the service being provided, and for GoDaddy’s implementation of the API their senior VP of Domains Engineering “said that the program will not be open to public developers and that any service providers wanting access will have to be approved by his team at GoDaddy.” Read more of this story at Slashdot. 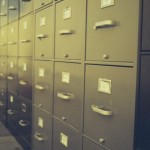 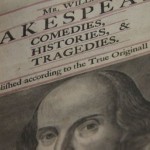