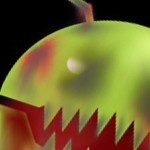 (credit: greyweed ) Researchers have detected a family of malicious apps, some that were available in Google Play , that contain malicious code capable of secretly rooting an estimated 90 percent of all Android phones. In a recently published blog post , antivirus provider Trend Micro said that Godless, as the malware family has been dubbed, contains a collection of rooting exploits that works against virtually any device running Android 5.1 or earlier. That accounts for an estimated 90 percent of all Android devices. Members of the family have been found in a variety of app stores, including Google Play, and have been installed on more than 850,000 devices worldwide. Godless has struck hardest at users in India, Indonesia, and Thailand, but so far less than 2 percent of those infected are in the US. Once an app with the malicious code is installed, it has the ability to pull from a vast repository of exploits to root the particular device it’s running on. In that respect, the app functions something like the many available exploit kits that cause hacked websites to identify specific vulnerabilities in individual visitors’ browsers and serve drive-by exploits. Trend Micro Mobile Threats Analyst Veo Zhang wrote: Read 6 remaining paragraphs | Comments 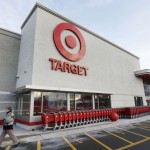