ShipLives writes “Researchers have tested Google’s app verification service (included in Android 4.2 last month), and found that it performed very poorly at identifying malware in apps. Specifically, the app verification service identified only ~15% of known malware in testing — whereas existing third-party security apps identified between 51% and 100% of known malware in testing.” Read more of this story at Slashdot. 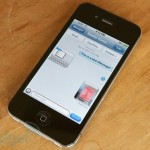 Apple acknowledges iMessage delivery issues, is working on a fix