Less than 10 days after announcing that Austin will be Google Fiber’s second city (Kansas City, KS and MO, and surrounding small towns  qualified as Google’s first), the company announced suddenly that Provo, Utah will become the “third Google Fiber City.” Interestingly, Google isn’t laying its own fiber this time, but rather purchasing an existing network. “In order to bring Fiber to Provo, we’ve signed an agreement to purchase iProvo, an existing fiber-optic network owned by the city,” the company wrote in a blog post . “As a part of the acquisition, we would commit to upgrade the network to gigabit technology and finish network construction so that every home along the existing iProvo network would have the opportunity to connect to Google Fiber. Our agreement with Provo isn’t approved yet—it’s pending a vote by the City Council scheduled for next Tuesday, April 23. We intend to begin the network upgrades as soon as the closing conditions are satisfied and the deal is closed.” Read 2 remaining paragraphs | Comments 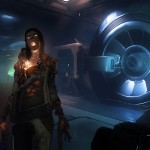 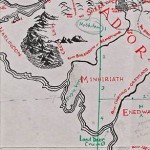