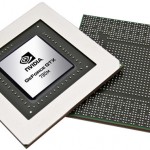 New Alternatives To Silicon May Increase Chip Speeds By Orders of...