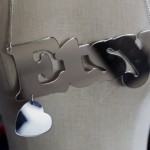 Etsy’s counterfeit problem is getting worse

Android 6.0 has a great auto backup system that no one...