Google’s Rick Osterloh announces the Pixel phones at Google’s hardware event. Ron Amadeo SAN FRANCISCO—We’re live from Google’s 10/4 event where the company has finally taken the wraps off its flagship phones for 2016. Just as the rumors predicted , the Nexus line is taking a backseat to the new “Pixel” phones and will no longer be the company’s flagship phone brand. Google has announced two high-end devices: the 5-inch Pixel and the 5.5-inch Pixel XL. Pre-orders for the Pixel phones start today, and pricing starts at $649 for the Pixel and $769 for the Pixel XL—much higher than the Nexus phones and more in line with what Apple and Samsung charge for their premium devices. Jumping from 32GB to 128GB of storage adds $100 to the cost of each device, and Google’s device protection plans cost an additional $99. If you don’t want to pay the full unlocked price up front, Google’s financing will give you the phones starting at $27.04 a month for the Pixel and $32.04 a month for the Pixel XL. The two devices are basically big and small versions of the same design. They have aluminum bodies with a large glass panel on the rear. The panel covers about a third of the back and surrounds the camera and fingerprint reader. The phones will be available in three colors: “quite black,” “very silver,” and a limited-edition “really blue.”  Read 9 remaining paragraphs | Comments 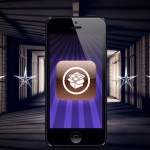