An anonymous reader writes We’ve been calling it for years — connect everything in your house to the internet, and people will find a way to attack it. This post provides a technical walkthrough of how internet-connected lighting systems are vulnerable to outside attacks. Quoting: “With the Contiki installed Raven network interface we were in a position to monitor and inject network traffic into the LIFX mesh network. The protocol observed appeared to be, in the most part, unencrypted. This allowed us to easily dissect the protocol, craft messages to control the light bulbs and replay arbitrary packet payloads. … Monitoring packets captured from the mesh network whilst adding new bulbs, we were able to identify the specific packets in which the WiFi network credentials were shared among the bulbs. The on-boarding process consists of the master bulb broadcasting for new bulbs on the network. A new bulb responds to the master and then requests the WiFi details to be transferred. The master bulb then broadcasts the WiFi details, encrypted, across the mesh network. The new bulb is then added to the list of available bulbs in the LIFX smart phone application.” Read more of this story at Slashdot. 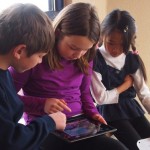 Police Are Testing a "Live Google Earth" To Watch Crime As...