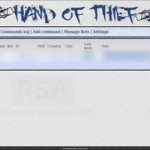 The administration panel for Hand of Thief. RSA Signaling criminals’ growing interest in attacking non-Windows computers, researchers have discovered banking fraud malware that targets people using the open-source Linux operating system. Hand of Thief, as researchers from security firm RSA have dubbed it , sells for about $2, 000 in underground Internet forums and boasts its own support and sales agents. Its functionality—consisting of form grabbers and backdoor capabilities—is rudimentary compared to Windows banking trojans spawned from the Citadel or Blackhole exploit kits, but that’s likely to change. RSA researcher Limor Kessem said she expects Hand of Thief to become a full-blown banking trojan that includes more advanced features such as the ability to inject attacker-controlled content into trusted bank webpages. “Although Hand of Thief comes to the underground at a time when commercial trojans are high in demand, writing malware for the Linux OS is uncommon, and for good reason, ” Kessem wrote. “In comparison to Windows, Linux’s user base is smaller, considerably reducing the number of potential victims and thereby the potential fraud gains.” Read 5 remaining paragraphs | Comments

Read More:
“Hand of Thief” banking trojan doesn’t do Windows—but it does Linux 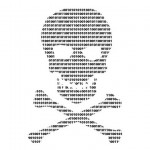 Download BitTorrent Files from Your Browser with BitTorrent Surf Beta