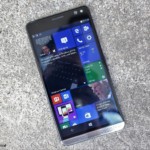 Microsoft has been steadily working on bringing the full Windows experience to devices of all types over the past few years, including PCs, phones and even the Xbox One. But there are still a few differences with how Windows runs across them. That’s why the company is developing CShell, a new version of the Windows Shell that can adapt to screen sizes of all types, as well as unify the overall experience. It’ll likely play a large role in Microsoft’s Fluent design strategy , which is broadly focused on scaling Windows to more devices. Now, we’ve got our first look at what CShell actually looks like on a Windows Phone, Windows Central reports . At first glance, CShell looks exactly like the current Windows shell on mobile. But dig a bit deeper, and you’ll notice some important changes. It gives you more size options for Live Tiles on the Start screen, for one. It also brings over the Action Center from Windows 10, and adds a landscape option for displaying the Start screen. CShell also gives Windows Continuum the ability to run several apps at once in windowed mode, instead of forcing them to be full screen. Given that that was one of our biggest gripes with Continuum , it’s a particularly useful upgrade. Source: Windows Central 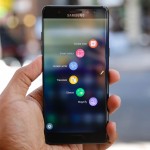 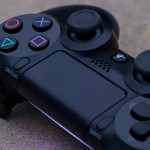