An anonymous reader shares a report: The ‘creator’ of Bitcoin, Satoshi Nakamoto, is the world’s most elusive billionaire. Very few people outside of the Department of Homeland Security know Satoshi’s real name. In fact, DHS will not publicly confirm that even THEY know the billionaire’s identity. Satoshi has taken great care to keep his identity secret employing the latest encryption and obfuscation methods in his communications. Despite these efforts (according to my source at the DHS) Satoshi Nakamoto gave investigators the only tool they needed to find him — his own words. Using stylometry one is able to compare texts to determine authorship of a particular work. Throughout the years Satoshi wrote thousands of posts and emails and most of which are publicly available. According to my source, the NSA was able to the use the ‘writer invariant’ method of stylometry to compare Satoshi’s ‘known’ writings with trillions of writing samples from people across the globe. By taking Satoshi’s texts and finding the 50 most common words, the NSA was able to break down his text into 5, 000 word chunks and analyse each to find the frequency of those 50 words. This would result in a unique 50-number identifier for each chunk. The NSA then placed each of these numbers into a 50-dimensional space and flatten them into a plane using principal components analysis. The result is a ‘fingerprint’ for anything written by Satoshi that could easily be compared to any other writing. The NSA then took bulk emails and texts collected from their mass surveillance efforts. First through PRISM and then through MUSCULAR, the NSA was able to place trillions of writings from more than a billion people in the same plane as Satoshi’s writings to find his true identity. The effort took less than a month and resulted in positive match. Read more of this story at Slashdot. 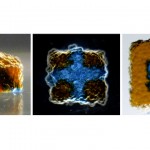