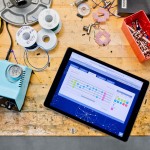 Companies can technically buy a quantum computer right now, but it’s not really the same as a general-purpose computer. Even if you don’t question whether or not it is quantum computing , it really amounts to specialized hardware. However, IBM hopes to change all that: it’s planning to build the first commercially-oriented universal quantum computer. The plan is to build a system with roughly 50 quantum bits (the Quantum Experience started with 5 and now simulates 20) within the next few years. That may not sound like much, but 50 qubits could be more powerful than the best supercomputers when handling some calculations — tasks that were impractical before would suddenly be within reach. Not surprisingly, you probably won’t get to use this quantum machine yourself. Much as in the old mainframe days, this computer is aimed at “business and science” customers that need to solve specific problems. To that end, IBM is helping research partners Canon, Hitachi Metals, Honda, JSR, Nagase and Samsung explore potential uses for quantum tech. The exciting part, IBM argues, isn’t so much the known performance as the possibilities. No one knows the full extent of what a universal quantum computer can do — it’s entirely feasible that the device will solve problems that aren’t even on the table right now. The biggest challenges are creating a tangible roadmap for production, and developing something affordable enough that it’s genuinely practical to use outside of a handful of cases. Source: IBM Think Blog , IBM News Room 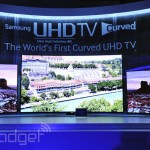