India’s energy minister has unveiled plans for every car sold in the country to be powered by electricity by the year 2030. “The move is intended to lower the cost of importing fuel and lower costs for running vehicles, ” reports The Independent. From the report: âoeWe are going to introduce electric vehicles in a very big way, ” coal and mines minister Piyush Goyal said at the Confederation of Indian Industry Annual Session 2017 in New Delhi. “We are going to make electric vehicles self-sufficient… The idea is that by 2030, not a single petrol or diesel car should be sold in the country.” Mr Goyal said the electric car industry would need between two and three years of government assistance, but added that he expected the production of the vehicles to be “driven by demand and not subsidy” after that. “The cost of electric vehicles will start to pay for itself for consumers, ” he said according to the International Business Times. “We would love to see the electric vehicle industry run on its own, ” he added. An investigation by Greenpeace this year found that as many as 2.3 million deaths occur every year due to air pollution in the country. The report, entitled “Airpocalypse, ” claimed air pollution had become a “public health and economic crisis” for Indians. It said the number of deaths caused by air pollution was only “a fraction less” than the number of deaths from tobacco use, adding that 3 percent of the country’s Gross Domestic Product (GDP) was lost to the levels of toxic smog. Read more of this story at Slashdot.

See more here:
India Aims To Make Every Car Electric By 2030 In Bid To Tackle Pollution 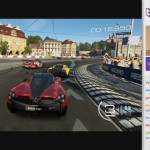