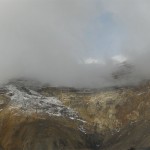 See the original article here:
Inside a mile-deep open-pit copper mine after a catastrophic landslide 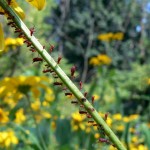