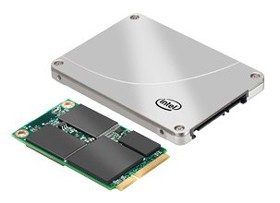 Just like Intel’s older 311 batch of small cache SSDs, the new 313 series is designed to sit alongside a traditional spinning HDD in order provide a tasty blend of speed and capacity. These newer drives are still SATA II, so there’s no 6Gbps action here, but they use superior 25nm SLC flash, offer faster speeds for the same price (starting at $120 for 20GB) and are explicitly approved for use in the coming wave of Ultrabooks — so don’t be surprised if that’s where you meet ’em next.