After WikiLeaks revealed data exposing information about the CIA’s arsenal of hacking tools, Intel Security has released a tool that allows users to check if their computer’s low-level system firmware has been modified and contains unauthorized code. PCWorld reports: The release comes after CIA documents leaked Tuesday revealed that the agency has developed EFI (Extensible Firmware Interface) rootkits for Apple’s Macbooks. The documents from CIA’s Embedded Development Branch (EDB) mention an OS X “implant” called DerStarke that includes a kernel code injection module dubbed Bokor and an EFI persistence module called DarkMatter. In addition to DarkMatter, there is a second project in the CIA EDB documents called QuarkMatter that is also described as a “Mac OS X EFI implant which uses an EFI driver stored on the EFI system partition to provide persistence to an arbitrary kernel implant.” The Advanced Threat Research team at Intel Security has created a new module for its existing CHIPSEC open-source framework to detect rogue EFI binaries. CHIPSEC consists of a set of command-line tools that use low-level interfaces to analyze a system’s hardware, firmware, and platform components. It can be run from Windows, Linux, macOS, and even from an EFI shell. The new CHIPSEC module allows the user to take a clean EFI image from the computer manufacturer, extract its contents and build a whitelist of the binary files inside. It can then compare that list against the system’s current EFI or against an EFI image previously extracted from a system. Read more of this story at Slashdot.

Amazon Launches Anime Channel for $5 Per Month, Its First Branded... 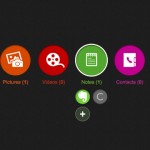 CloudKafé Indexes All of your Content in the Cloud