An anonymous reader writes “Yahoo is most known for its search, email, and news services. But its U.S. web presence is only part of its corporate portfolio. It also owns large stakes in Yahoo Japan and Alibaba (a web services company based in China). Yahoo Japan is publicly traded, and Alibaba is heading toward an IPO, so both have a pretty firm valuation. The thing is: when you account for Yahoo’s share of each and subtract them from Yahoo’s current market cap, you get a negative number. Investors actually value Yahoo’s core business at less than nothing. Bloomberg’s Matt Levine explains: ‘I guess this is fairly obvious, but it leads you to a general theory of the conglomerate discount, which is that a business can be worth less than zero (to shareholders), but a company can’t be (to shareholders). … A fun question is, as fiduciaries for shareholders, should Yahoo’s directors split into three separate companies to maximize value? If YJHI and YAHI are worth around $9 billion and $40 billion, and Core Yahoo Inc. is worth around, I don’t know, one penny, then just doing some corporate restructuring should create $13 billion in free shareholder value. Why not do that?'” Read more of this story at Slashdot. 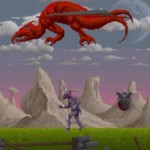 An electric cargo ship is delivering coal in China