MojoKid writes “iOS 6, by all appearances, has a streaming problem. This is separate from the network issues that led Verizon to state that it wouldn’t bill people for overages that were caused by spotty Wi-Fi connectivity. The issue has been detailed at PRX.org with information on how the team saw a huge spike in bandwidth usage after the release of iOS 6, and then carefully tested the behavior of devices and its own app to narrow the possible cause. In one case, the playback of a single 30MB episode caused the transfer of over 100MB of data. It is believed that the issue was solved with the release of iOS 6.0.1, but anecdotal evidence from readers points to continued incidents of high data usage, even after updating. If you own an iPhone 5 or upgraded to iOS 6 on an older device, it is strongly recommend to check your usage over the past two months, update to iOS 6.0.1, and plan for a lengthy discussion with your carrier if it turns out your data use went through the roof.” Read more of this story at Slashdot.

Save yourself from your OEM’s bad decisions with a clean install... 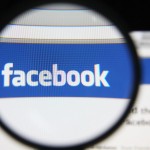