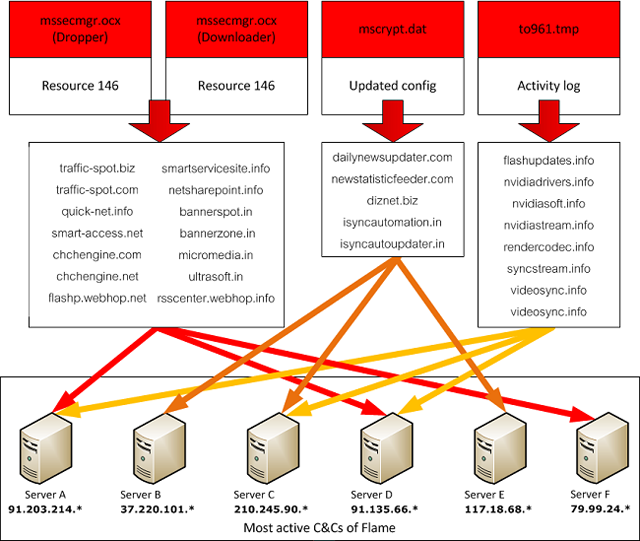 Attackers behind the Flame espionage malware that targeted computers in Iran used more than 80 different domain names to siphon computer-generated designs, PDF files, and e-mail from its victims, according to a new analysis from researchers who helped discover the threat.

The unknown authors of Flame shut down the sprawling command-and-control (C&C) infrastructure immediately after last Monday’s disclosure that the highly sophisticated malware had remained undetected for at least two years on computers belonging to government-run organizations, private companies, and others. The 80 separate domain names were registered using a huge roster of fake identities, and some of the addresses were secured more than four years ago.