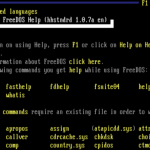 By your command. Sean Gallagher Earlier this month, I spent a day working in the throwback world of DOS. More specifically, it was FreeDOS version 1.1, the open source version of the long-defunct Microsoft MS-DOS operating system. It’s a platform that in the minds of many should’ve died a long time ago. But after 20 years, a few dozen core developers and a broader, much larger contributor community continue furthering the FreeDOS project by gradually adding utilities, accessories, compilers, and open-source applications. All this labor of love begs one question: why? What is it about a single-tasking command-line driven operating system—one that is barely up to the most basic of network-driven tasks—that has kept people’s talents engaged for two decades? Haven’t most developers abandoned it for Windows (or, tragically, for IBM OS/2 )? Who still uses DOS, and for what? To find out, Ars reached out to two members of the FreeDOS core development team to learn more about who was behind this seemingly quixotic quest. These devs choose to keep an open-source DOS alive rather than working on something similar but more modern—like Linux. So, needless to say, the answers we got weren’t necessarily expected. Read 22 remaining paragraphs | Comments

See the article here:
It may be “barely an operating system,” but DOS still matters (to some people) 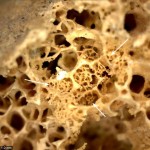