Freshly Exhumed sends this story from Reuters: “Scientists plumbing the Pacific Ocean off the Hawaii coast have discovered a Second World War era Japanese submarine, a technological marvel that had been preparing to attack the Panama Canal before being scuttled by U.S. forces. The 122-meter ‘Sen-Toku’ class vessel — among the largest pre-nuclear submarines ever built — was found in August off the southwest coast of Oahu and had been missing since 1946, scientists at the University of Hawaii at Manoa said. The I-400 and its sister ship, the I-401, which was found off Oahu in 2005, were able to travel one and a half times around the world without refueling and could hold up to three folding-wing bombers that could be launched minutes after resurfacing, the scientists said.” Read more of this story at Slashdot. 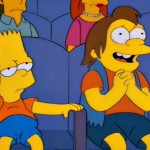