New submitter jbov writes “Kickstarter members received an e-mail at about 16:40 EST notifying them of a security breach. According to the e-mail, information including user names, encrypted passwords, mailing addresses, and phone numbers may have been revealed. Kickstarter members were urged to change their passwords. ‘Older passwords were uniquely salted and digested with SHA-1 multiple times. More recent passwords are hashed with bcrypt.’ Kickstarter claims that credit card information was not accessed during the breach. According to Kickstarter, law enforcement officials contacted the company on Wednesday night and alerted them that ‘hackers had sought and gained unauthorized access to some of our customers’ data.’ Upon learning of the breach, Kickstarter closed the security breach and began strengthening security measures.” Read more of this story at Slashdot. 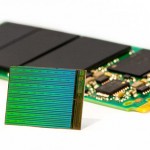 You’ll soon get 10TB SSDs thanks to new memory tech 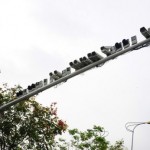 China installed more than 60 security cameras on one street light