alphadogg writes “When a certain Los Angeles office building lights up, it’s a dark day for nearby cellphone users, according to the Federal Communications Commission. Fluorescent lights at Ernst & Young Plaza, a 41-story tower near the heart of downtown, emit frequencies that interfere with the Verizon Wireless 700MHz network, the agency said in a citation issued against the building owner. The FCC’s message comes through loud and clear in the filing: the building owner could be fined up to $16, 000 a day if it keeps using the interfering lights, up to a total of $112, 500. The alleged violation could also lead to ‘criminal sanctions, including imprisonment, ‘ the citation says.” Read more of this story at Slashdot. 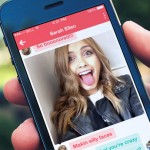