Today, Lyft announced that it’s now providing over one million rides per day. The company announced the milestone in a blog post , which highlighted some of its other achievements as well. Lyft noted that for the last four years, it has shown 100 percent year over year growth and it has launched in 160 new cities so far this year. That brings the company’s reach to 360 communities and 80 percent of the US population. While the continued growth shows Lyft is holding its own, it still has a long way to go before it catches up with Uber. Founded three years before Lyft, Uber reached the one million rides per day mark in 2014 and as of a year ago was giving an average of 5.5 million rides a day. Uber just recently surpassed its five billionth ride . But Uber has taken a hit recently. Business Insider reported last month that Uber’s market share fell from 84 percent earlier this year to 77 percent by the end of May and Lyft saw a substantial jump in activations in the week after the #DeleteUber campaign . Lyft has continued to adjust its service in order to make its ride-sharing more convenient for customers. And like its rival , Lyft is also working on self-driving cars . The company said in a post, “Since day one, we’ve worked to embed hospitality in everything we do. As more and more people choose Lyft and we continue to grow, we’ll remain focused on providing the best experience to our passengers and drivers.” Source: Lyft

More:
Lyft reaches one million rides per day but is still well behind Uber 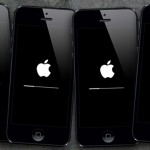 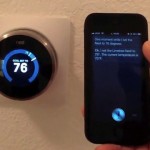 Automate Everything In Your Home Using Siri and a Raspberry Pi