A week after its rival Uber began rolling out self-driving cars in Pittsburgh, Lyft has said it also expects to roll out its self-driving by next year. Its president John Zimmer outlined a “three-phase” plan for the company, noting that self-driving cars will be made available to Lyft users in the first phase. But in this phase, it only plans to roll out self-driving cars that can “drive along fixed routes” and that the “technology is guaranteed to be able to navigate.” Recode adds: In the second phase, the self-driving cars in the fleet will navigate more than just the fixed routes, but will only drive up to 25 miles per hour. As the technology matures and the software encounters more complex environments, Zimmer wrote, cars will get faster. The third phase, expected to happen sometime in 2021 or 2022, will be when all Lyft rides will be completed by a fully autonomous car. Shortly after that phase begins, car ownership will see a steep drop-off, according to Zimmer. Zimmer, who has long been a vocal proponent of ending car ownership, set a date for the death of the personally owned car in major U.S. cities: 2025. Read more of this story at Slashdot.

Read More:
Lyft Says Robots Will Drive Most Of Its Cars in Five Years 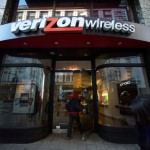